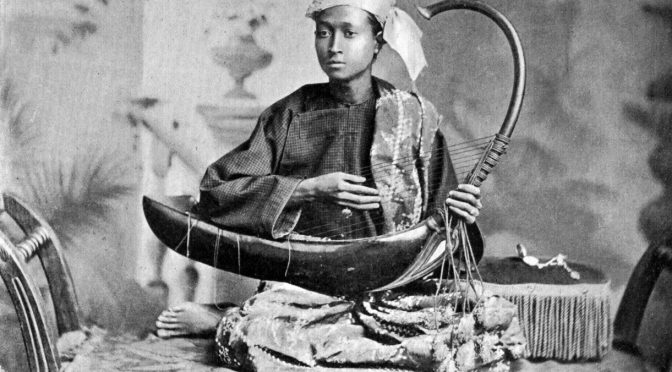 Another family of instruments found nearly everywhere in the world is the harp. After a short lecture on harp in Asia by Fred Gales, Masumi Nagasawa performed for us on three different harps. She played first a composition of her own on the modern double-action harp. This composition showcases the various techniques available for harpists, bringing out a very rich world of sounds out of the instrument. I found the following video in which many of these techniques are demonstrated.

Nagasawa then told us a bit about the kugo, ancient Japanese harp, and played a short piece on it. Kugo is usually played in an ensemble such as a Gagaku Japanese court music ensemble. However, there’s also new music being composed for it. Below, an example based on some melodic material from Gagaku music. Notable in this performance is that Sugawara also uses a modern technique of playing harmonics on the harp.

Nagasawa then performed a composition by Naderman on the Naderman harp. An interesting story about this composition was that Naderman wrote it for her wife. Meanwhile, however, the new double-action harp had been invented, and she was encouraged to perform the composition on the new model. As she had played the single-action harp for a long time and practised her technique on it, she wasn’t very comfortable taking on the challenge of premiering the new composition on the new harp. She eventually did it anyway, but gave up the harp soon after.

Music Instruments in Museums and Academia in the Netherlands

The discussion really kicked off when Mr Modest posed a question, how to get people interested in the instrument collections in museums. After the inspiring recital-lectures we had seen, many – myself included – were of the view that these kinds of live presentations should attract people and get them interested. E.g. the instrument museum of Brussels is doing this already, recently with Estonian folk instruments.

Digitalisation of the collections should also help interested people find information to deepen their knowledge. The Music Instrument Museum Online is doing exactly that. It currently has largely European museums participating and no instruments from the Americas. It could also use some audio samples to make the online collection fascinating. [update: there’s an ongoing process of recording audio/visual samples of the instruments.]

As discussed before, due to its abstract nature, it is difficult to represent music in a way that could be displayed in a conventional museum. Watching displayed instruments – perhaps with some audio samples through a headset – give a rather distant impression of how an instrument functions in real life. As the recital-lectures demonstrated, there are ways to bring the instruments alive for people to experience them.

Some instruments have thousands of years of history, but are still played today. What I’d love to see in an instrument museum are more horizontal rather than vertical histories of instruments. The recital-lectures showed how some instruments – flutes and harps in this case, but e.g. drums would fit the bill as well – are played in different variations around the world. Such instruments in a way represent vast distances in space and time, and when played a connection could be established.

I found this Day on Musical Instruments organised by the Arnold Bake Society very inspiring. I’ll certainly be posting back here again soon about further thoughts regarding this, so stay tuned! 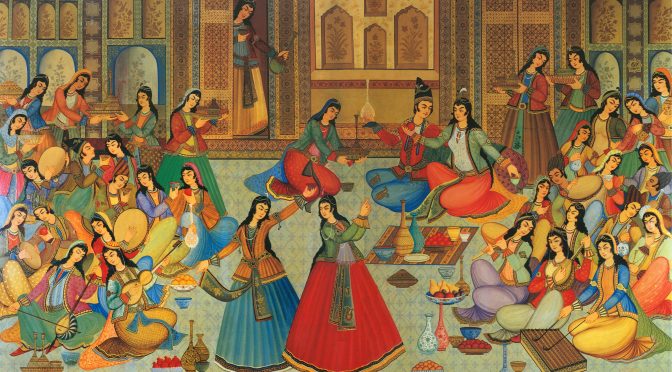