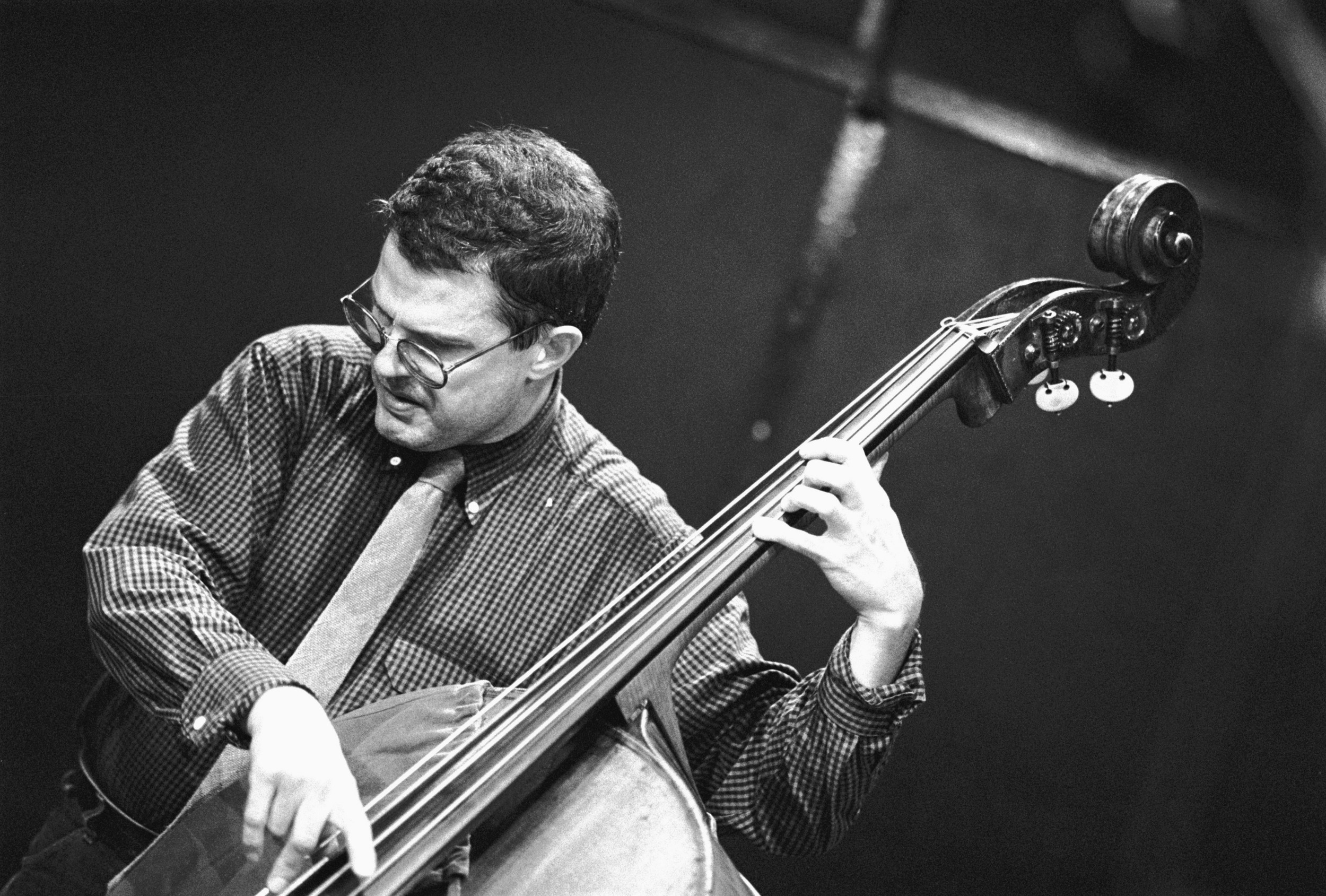 When I first began writing this piece about Charlie Haden I could only think of the above-discussed duo album with Pat Metheny that I really know of Charlie Haden. But while browsing YouTube for his music I was reminded of three other albums on my shelf he plays on. These are from somewhat different eras and bring out different sides of Haden’s bass playing and career and worth a few more word, in my opinion. Again I leave the more extensive biographical commentary to others and discuss here my experience with Haden’s work as sideman on these albums.

The first one is a trio recording Somewhere before with the pianist Keith Jarrett and drummer Paul Motian, recorded live in 1968 at the Shelly’s Manne-hole in Hollywood. The second is 80/81 (1980) with Pat Metheny and third Michael Brecker from Michael Brecker. None of these albums have had so profound effect on me and my playing as the first discussed duo album with Metheny, but there are certainly remarkable albums on their own account. I also find it interesting to see the connections between musicians and how their careers evolve and cross each other. A long career such as Haden’s provides a great opportunity to retrospectively “witness” a slice of jazz history being made.

As mentioned, different sides of Haden’s playing can be heard on these albums. The trio album with Jarrett and Motian is a very free flowing one. Jarrett and Haden make a good match musically as they both like to keep things open to work freely on their melodic ideas without too many structural boundaries set by the composition. Haden always wanted to break out of the confines of bass playing and play melodies and counter melodies rather than just keep time and mark the harmonies. With Jarrett he’s able to do that and you can hear how they’re both “just ears”, playing off of each other.

The record itself is producer George Avakian’s selection of performances recorded during the groups stay at the Manne-hole. Here’s a performance of the same group a few years later which, I think, illustrates my point pretty well. It’s an improvisational trip “going to places” in a way Jarrett’s music often does. Around 10 minutes Haden plays a groovy solo taking the performance to the next stage. There’s another bass solo at around 20 minutes on a ballad. While not his best ever, it demonstrates his “less is more” approach and focus on sound, e.g. with the use of vibrato.

According to Haden in the liner notes to Beyond the Missouri Sky, he first met Pat Metheny in 1973 when Metheny, age of 18 at the time, came up to introduce himself after Haden’s concert with Ornette Coleman (with whom they were collaborating a decade later on the Song X album). It was, however, during the extensive touring with the 80/81 project that they became friends. In addition to them, this group consisted of the saxophonists Dewey Redman, with Haden had played in an Ornette Colean project in the  above-mentioned Jarrett group in the early 1970s, Michael Brecker, with whom Metheny had played at least in the Joni Mitchell group of the late end of 1970s, and drummer Jack DeJohnette.

80/81 is also a rather free oriented album. The opening track Two Folk Songs is a 20 minute long elaboration of two folk song like melodies, one from Metheny and the other by Haden, tribute to both artists’ Mid-Western routes. Ornette Coleman is also tributed in the form of his blues Turnaround. This features a hard-swinging Haden demonstrating the power of walking bass line, not only in providing the rhythmic and harmonic foundation, but also as creatively and interactively participating in the musical conversation between the musicians.

When I was still learning the basics of jazz bass playing I was picking up a lot of stuff from bassists I heard. The “walking” motion in a walking bass line is a result of regular, on the beat, rhythm and continuous scalar melodic movement. While Haden indeed swings like no other, if you listen carefully, you’ll hear him repeating some notes in his lines occasionally. But then again, this is not a conventional bebop context and Haden’s lines contribute rhythmically as well as melodically to what’s happening in the music; he’s taking part in the conversation, in a language, one might say, that is not strictly bebop.

Michael Brecker’s album Michael Brecker is in a way continuation of the collaboration we saw/heard on 80/81; but now Brecker as the leader. Apart from Kenny Kirkland on piano and the absence of Dewey Redman, this is the same group. By this time Brecker was already a very established jazz musician with e.g. a discography dating back two decades. He was perhaps best known of his fusion jazz groups Brecker Brothers and Steps Ahead.

Considering the rather prominent fusion sound on this album the choice of Haden as a bass player might seem a peculiar one. Together with the music production technology/philosophy of the 1980s, it’s often hard to hear the “rainforest” in Haden’s sound (see Part 1). On the other hand, it’s one more example of Haden’s versatility as a bass player and musician. Nothing Personal is a good example of this. It’s a minor blues featuring a bit fusion-like bass figure on the first part of the form and walking bass on the second part and under the solos. Haden’s walking bass lines are in the highly chromatic style he played on 80/81 as well; adding a sort of Coleman-style free jazz element to the fusion. The repeating notes in his lines can be heard here as well.

In Cost of Living we get Haden really in his element again with his familiar “wooden” sound as well as a beautiful solo. With Metheny on acoustic guitar on this track there’s something of flashback (or flashforward, really) to the duo album I discussed in the previous post.

This concludes my ruminations on Charlie Haden. Much could also be said of his philosophy of life and music, but I’ll leave that for others at this point. As you see here my musical acquaintance with Haden hasn’t been the most extensive one, but I’ve been able draw quite a few lessons from his music. I think we should all consider ourselves lucky to have had such a remarkable person and musician amongst us leaving his legacy for us to enjoy, study and learn from. So hats off and hands down to Mr. Haden!