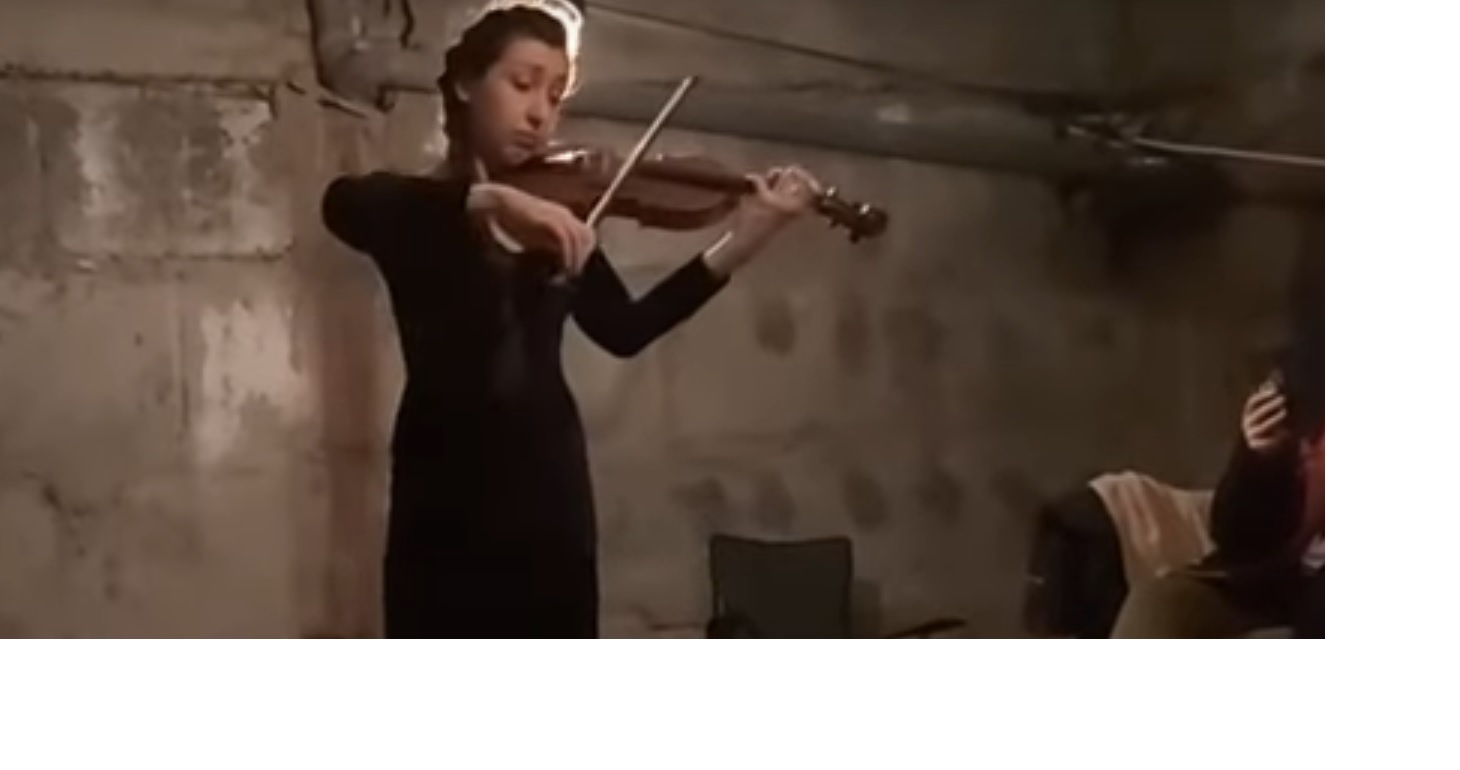 Contested spaces of the war in Ukraine

Wars always have repercussions beyond the actual armed conflicts and people directly impacted by them, especially when the war is initiated by one of the most powerful nations on the planet. In the globally connected world we live in, the effects of war quickly spread around the world. Global markets, movement of people, and modern technology extend our lived physical spaces by creating and enhancing the connections we have with each other. Part and parcel of these connections are also various imagined spaces, some of which I want to discuss here.

At the time of writing this, the war Russian President Vladimir Putin started against Ukraine is in its second month. Four million refugees have escaped the war, the majority of them heading toward Central Europe. Most Western countries are launching various efforts to help the Ukrainian cause, whether by supporting the war effort – mostly indirectly by offering weapons – or by helping to deal with the steadily growing humanitarian crisis.

The strongest action from the (Western) world against Putin’s unprovoked military action against Ukraine has so far been economic sanctions. Following suit, many businesses – including the music business – have also withdrawn from Russia. Some are even of the opinion (in Dutch) that (all) Russian music should be part of the sanction regime in the hope of compelling the Russian folk to rise against its leadership.

After the immediate destruction of lives, livelihoods, and physical lived spaces, the effects of war quickly come to bear on various imagined spaces as they get contested. The current conflict in Ukraine is an escalation of a longer conflict, fuelled and legitimized by competing interpretations of history. In this ongoing ‘war of memories,’ as the scholar Andreas Kappeler calls it, both sides use and abuse history – a history that, more than anything else, underlines the close cultural relation and shared origin of both folks.

Music as site of political struggle

Music enables (re)construction of imagined spaces in which cultural, social, political, and even economic relations can be renegotiated as musicians compose, perform and record music and listeners consume it by going to concerts and buying the recorded music. Unlike athletes competing on the international stage, musicians don’t wear national colours. Their nationality, political standing, and views are deducted by others from their background, actions, and the actual music they perform. Of course, musicians sometimes also compete with each other, and competitions such as the Eurovision Singing Contest has responded to the conflict by shutting Russia out, much like Russian athletes have been denied participation in international competitions.

While many Russian musicians speak out against Putin, others do not. One of the most prominent performers getting cancelled in the West due to his views is perhaps the conductor Valeri Gergiev. His support for Putin has been well known for a long time, but now he finds himself shut out of Western stages. Some venues find themselves having to cancel even Russian artists who have announced their solidarity with the Ukrainians.

While performers can be held accountable for their political views, Russian music – especially classical music Russia is famous for – was mostly composed by people who have no other connection to the events taking place today than their nationality. Especially, dropping the music of Piotr Tchaikovsky by some orchestras has been viewed as an overreaction by many. Not only was Tchaikovsky more interested in the musical developments in Central Europe while his fellow Russian composers were busy creating a national style of music, but he also had family roots in Ukraine and used Ukrainian folk music as inspiration, e.g. in his second symphony.

Music in the political space

For me, music – and art in general – is a site of celebration of human creativity. Music, as the most abstract form of art, easily lends itself to the creation of imaginary spaces. It is therefore also easily adopted as a tool in what Kappeler called the ‘war of memories’; the reinterpretation of certain cultural heritage in light of contemporary events to serve a political purpose. I’m not claiming that music is – or should be viewed as – apolitical, as all human action has its political aspects. Nor do I subscribe to the view that music’s meanings can be solely derived from the intentions of its creators, as such meanings arise from relations to the world around us at any given moment.

In Ukraine, music has been in the middle of political struggles since the time of the Kievan Rus’ a thousand years ago. More recently, the post-Soviet political developments in Ukraine have been favourable for the local music scene. As already mentioned (see the link regarding Eurovision above), the present war in Ukraine is affecting musical life as well as underlining music’s importance as a uniting force.

Nationalism – the idea of national cultural identities legitimising nation-states – is to great extent based on the idea of the German philosopher Johann Gottfried Herder.

A poet is the creator of the nation around him, he gives them a world to see and has their souls in his hand to lead them to that world.

Herder’s ideas, as well as those of Jean-Jacques Rousseau before him, started a search for the folk roots of various nations around Europe and a movement referred to as Romantic Nationalism. ‘Romantic’ refers to the Herderian idea that the ‘soul’ of a folk is to be found in its folk culture, language, music, food, textiles, etc. The movement took various shapes according to the situations of the regions it landed on. In Germany, it helped the folks unite after the Napoleonic wars – and was later high jacked by the Nazis. In Finland, an autonomous Grand Duchy of Russia at the time, it inspired the collection and compilation of the national epic Kalevala, which again inspired the Estonian Kalevipoeg, both helping create national unity that came to be of great importance during the next century’s struggles.

The musical equivalent of this movement also found its inspiration in folk art. Musicians, and what came to be known as ethnomusicologists – went around the countrysides collecting folk songs. Composers then used the melodies and rhythms of this repertoire in their works, creating national styles of classical music.

Russia was no stranger to the intellectual movements of Europe. The earliest and best-known Russian composer to use folk material in his work was Mikhail Glinka, generally recognised as the ‘Father of Russian music.’ However, in the current context, I’d like to emphasise Russian classical music’s indebtedness to Ukraine. Ritzarev goes as far as talking about a ‘Ukranization’ of Russian music in the 18th century (p. 7ff), without which neither Glinka nor Tchaikovsky would have written the kind of music they did. She traces this phenomenon to the skomorokhi culture dating back to the Kievan Rus’ and remained influential in the region’s musical life.

Folk traditions remain an important source of inspiration for contemporary popular music artists as well. GO_A’s song SHUM, is based on an old Ukranian spring ritual. Samikova highlights the polycultural trends in Ukranian popular music, speaking to the creation of imaginary spaces I have discussed here.

At times of conflicts, like the current one, I find it helpful to turn to music for ways to (re)connect with our fellow human beings on all sides of the conflicts. The imaginary spaces music creates allow us to build bridges over the walls created by various conflicts. Music, and arts in general, reminds us of our common humanity – especially of those who at times of conflicts may seem like enemies.

Sting is one of many artists quick to response to crisis around the world. He was one of the highlights of the Live Aid concert in 1985 as well as the Concert for New York City after the 9/11 attacks. He had his own concert planned for September 11th 2001 in Italy and went on with it after a deliberation with his band.

When the war broke in Ukraine, Sting released a new version of his song Russians from his first solo album The Dream of the Blue Turtles. In addition to the message of the song being relevant again, the music has special significance to the present situation as well. The song uses the Romance theme of Sergei Prokofiev’s Lieutenant Kijé Suite. Furthermore, the glockenspiel used in Sting’s original version of the song also refers back to Prokofiev but perhaps also to Tchaikovsky’s Nutcracker ballet and the children whose story it tells – although the libretto was adapted from a story of the German author E.T.A. Hoffman. And as a biographical reference, especially relevant at the present, Prokofiev was born in Donetsk, Ukraine.