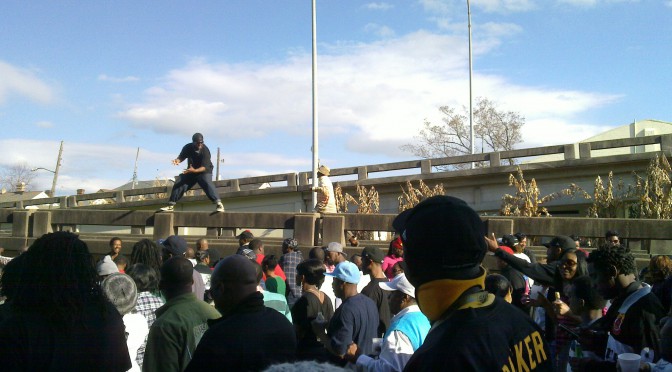 I feel like I have to start this post with a disclaimer as there’s been a much longer pause in publishing activity here than usual – not that I’ve ever been extremely active. Most of my free time in the last couple of years has gone into a project I will certainly come back to here as well. Most of this article was written nearly half a year ago after the concert I discuss here. At the time of writing these words, I’ve sat in Corona self-quarantine for two weeks. Luckily I don’t have any health issues but it has thrown me off my – already delicate – routines.

The present pandemic also puts the below article in a different perspective. In this time of severe travel and movement restrictions, music and other arts can offer us precious means of ‘travelling’ to distant places and experience cultures and people from far without risking contagion. We  could call this ‘virtual’ – see my previous discussions of virtuality – but at the present moment that might be as real as it gets. The other topic of this article, ‘existing through music’ or ‘musical being in the world’ can also be helpful during this time of crisis. As we practice social distancing – even isolation –  the social aspect of engaging in musical activities, whether listening, making, learning, teaching music (the latter two most likely online) or something else, becomes more apparent. Many are already habitually using music to regulate their emotional states and help them e.g. ‘be sad in a certain way’. During this period music can help us remain connected to the world outside, to ‘musically be in the world’.

I’ll elaborate on the above thoughts later, but now a glimpse of the pre-Corona world in the hope that the post-Corona world still allows us experience and appreciate musical journeys and experiences in real social environments.

Recently I had the pleasure of hearing the internationally acclaimed Oud player Mehmet Polat with his new band Embracing Colours in Bimhuis, Amsterdam.

Music – like all art forms – is very personal to its creators, even if artists are not always very explicit about it as they might want to leave it for the listeners/viewers to find their own meanings and references in art. Polat, however, was rather explicit about the personal dimensions of his music and that’s what I’d like to discuss here.

Polat’s introductions to his compositions were mostly quite personal and even biographical. At some point he mentioned that he ‘exist[s] through music’. This is an interesting philosophical statement that I won’t get into any deeper here but refer you to my earlier discussions regarding Martin Heidegger’s phenomenology and musical ontology in Hindu philosophy. In his discussion of music as identity the musicologist Simon Frith speaks of ‘musical-being-in-the-world’. Although he doesn’t cite Heidegger, I think his view is a musical application of Heidegger’s ‘being-in-the-world’. According to Hindu philosophy the universe consists of sound, which is perhaps slightly more literal ‘existence through music’ than Polat had in mind 😉

Polat is by no means the only musician to think in these terms. Below is a talk with the jazz guitarist Pat Metheny who (from 26’20”) talks at lenght of ‘way of being as a musician’.

During the evening Polat frequently reflected on translating his life experiences into music. For the present discussion I’d like to draw a comparison with another Oud player Dhafer Youssef, although not in any normative sense as they’re both unquestionably masters of their instruments as well as resourceful composers and skilful band leaders. Both musicians started their musical journeys by immersing into their native musical traditions and later encountering and exploring other traditions resulting in intriguing combinations.

Polat has not only innovated on the instrumental technique as well as the construction of his instrument to serve his artistic needs; he also has a unique talent for working with musical materials of other cultures and have a musical dialogue with them. In such dialogues, he – together with the other musicians – explores these musical materials from his own background and roots in the Anatolian folk and Ottoman classical music.

The Embracing Colours project is a jazz band with drums, double bass and accordion. Polat is of course not the first one to play the Oud with a jazz rhythm section. The best known today is probably the Tunisian Dhafer Youssef who has for a long time had a similar group but with piano instead of accordion. The choice of instrumentation has quite significant repercussions to the musical possibilities available for the groups. While Arab music – like most musics of the world – has repertoire that can be played on Western instruments, it does entail sacrificing some of the tonal richness of the musical culture. The micro-tonal maqamat are difficult to perform on instrumentation with fixed intonation. Youssef’s choice is to avoid the micro-tonal maqamat, whereas Polat has cleverly arranged his music so that the accordion doesn’t clash with the micro-tones he plays on the Oud. The Mozaiek Ensemble I have discussed previously also managed to arrange their music to combine piano and micro-tonal maqama.

Cultural encounters always require negotiations on various levels to reach mutual understanding – or harmony, which in this context is not a musical term. Musicians are often inspired by each others’ music and musical cultures. Depending on their aspirations and understanding of the musical cultures they’re involved with the results may vary from mere exotic flavour borrowed – or stolen, a.k.a cultural appropriation – from another culture to exciting mixes of and dialogues between different musical cultures.

I’ve earlier briefly discussed how The Beatles – especially George Harrison – were inspired and influenced by Indian music. Even earlier the usual Western response to music from other parts of the world was to view them as primitive (see also my earlier discussion of primitivism in early jazz criticism). The first attempts of the British colonialists to engage with Indian music was to harmonize it as they viewed it as lacking this musical dimension – central to much Western music, but much less so in many other musics of the world. Power relations in cultural encounters may result in cultural appropriation. In music, this risk is greatest with agents in prominent positions in the music industry.

Polat’s and Youssef’s different approaches to music-making and their own musical roots speak volumes of their respective musical journeys. While Polat has immersed himself and draws from the musical heritage of his home region and other cultures in the region, Youssef had his formative musical experiences at a young age in his native Tunisia but paid his musical dues in the jazz scene of Vienna.

It would be too simplistic to try to draw any straight correlations between Polat’s and Youssef’s backgrounds and their musical expressions. It is, however, interesting to observe the musical journeys of these artists.

Specifically, my interest here is the relation Polat’s and Youssef’s musics have to jazz as some of their music is characterized as jazz or jazz-influenced. I have earlier discussed jazz as Black music. However, jazz has ‘gone global’ already a long time ago and there are various local jazz traditions and different kinds of fusions and hybrids with other musical cultures.

While Polat’s and Youssef’s musics don’t use musical elements of jazz in terms of melodic materials (blues) or the characteristic triple based swing of jazz as already mentioned, they opt using the rhythm section of jazz. While bass and drum set are nowadays common across genres, it’s good to keep in mind in this context that this form of ensemble playing started in the Storyville district of New Orleans in the early days of jazz at the turn of the 20th century. Jazz musicians at those times adopted their repertoire to the audiences they played for. This legacy lives on with contemporary jazz musicians who are typically rather versatile stylistically, even if they specialize on, or prefer, playing in certain styles or (sub)genres. Polat’s and Youssef’s ensembles consist of these kinds of musicians brought together for the specific projects that mark the musical journeys of these artists.